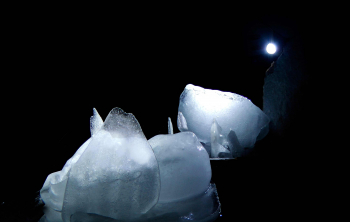 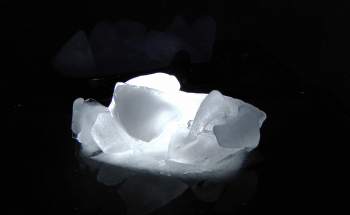 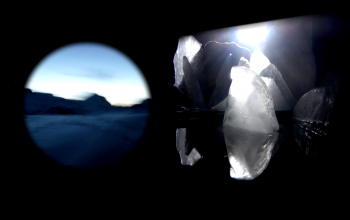 Two Thirds Are In Our Dreams
three-channel video, 2020

A series of staged melting icebergs in my garden produced during Covid-19 quarantine.

"Ice has a memory. It remembers in detail and it remembers for a million years or more.

Ice has a memory and the colour of this memory is blue.

High on the ice cap, snow falls and settles in soft layers known as firn. As the firn forms, air is trapped between snowflakes, and so too are dust and other particles. More snow falls, settling upon the existing layers of firn, starting to seal the air within them. More snow falls, and still more. The weight of snow begins to build up above the original layer, compressing it, changing the structure of the snow. The intricate geometries of the flakes begin to collapse. Under pressure, snow starts to sinter into ice. As ice crystals form, the trapped air gets squeezed together into tiny bubbles. This burial is a form of preservation. Each of those air bubbles is a museum, a silver reliquary in which is kept a record of the atmosphere at the time the snow first fell. Initially, the bubbles form as spheres. As the ice moves deeper down, and the pressure builds on it, those bubbles are squeezed into long rods or flattened discs or cursive loops.

The colour of deep ice is blue, a blue unlike any other in the world – the blue of time.

The blue of time is glimpsed in the depths of crevasses.

The blue of time is glimpsed at the calving faces of glaciers, where bergs of 100,000-year-old ice surge to the surface of fjords from far below the water level.

The blue of time is so beautiful that it pulls body and mind towards it."